FBI involved in search of the Lee Police Department

BERKSHIRE COUNTY - NewsChannel13 has developing news out of Berkshire County, where the FBI was involved in a search of the Lee Police Department on Monday.

FBI agents confirm a number of special agents, and the Berkshire District Attorney’s office spent five to six hours in the police station.

Some people in Lee said they thought it looked like a raid.

The FBI will not tell us why they’re investigating the police department.

So far, no one has been arrested.

The FBI confirms that they also investigated a home in Pittsfield, as part of the investigation.

We went to the Lee Police Chief’s home on Monday evening, but he wouldn’t comment.

No other information is being released at this time. 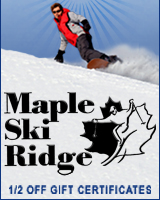 WNYT welcomes a lively and courteous discussion as long as you follow the rules of conduct set forth in our Terms of Use. Comments are not pre-screened before they post. You agree that anything you post may be used, along with your name and profile picture, in accordance with our Privacy Policy and the license you have granted pursuant to our Terms of Use.